St Roch’s Church and Primary School were built in 1907 to cater for the growing number of Irish who had come here to work and who had settled down in the area. The area was historically known as Garngad.
There had been a chapel dedicated to St Roch built near here by James IV of Scotland around the year 1506. The king had strong links with France.
St Roch was born around 1295 in Montpellier, southern France.
Like St Francis of Assisi, he gave away all his possessions to become a pilgrim for Christ. On his way to Rome he gave himself to the care of the sick and the victims of the plague, but eventually he himself contracted the plague (signified on his statue by the wound on his leg.)

He retreated to a forest and a dog belonging to a St Gothard would come to him bringing food from its master’s table. He survived the disease.
On returning to Montpellier he was not recognised, suspected of being a spy, thrown into prison and died at the age of 32.  Only after his death was he recognised.  Devotion spread rapidly. Today there are festivals established in many towns and villages in Northern Spain, France and Italy during the week  of 16th August, his feast day.
The original chapel built to St Roch in 1506 was destroyed in 1559 during the Reformation though the cemetery attached to the chapel remained for many years afterwards. Thankfully, the city has a church once again where St Roch is venerated, where God is praised and people of all nationalities can find their spiritual home. 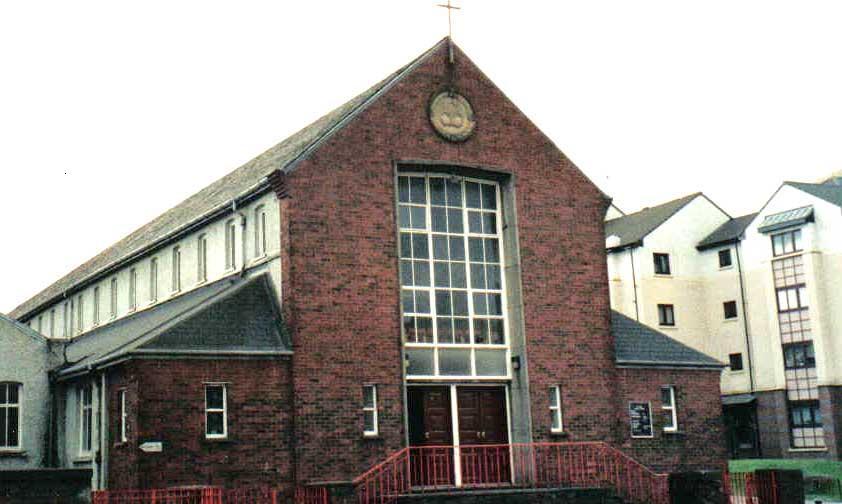 Where does the name “Garngad” come from?
Some would say that it means “The Garden of God”.  Others refer to the place as “The Good and the Bad”. A stronger case can be made for it meaning: “The grove of the Gad”
A grove is a small wood or an avenue of trees. The Gaelic word for a grove is “garran”.  The Gad was a little stream that meanders down from a loch called the Gad about five miles to the north and east of the city, beside a little village called Auchinloch.
Old maps of the area have marked the course of the stream which seems to run past the present location of our church and house before joining the Molindinar burn.
So the original Garngad would seem to be where the church now stands.
Scroll to Top